3D Movies And Our Eyes 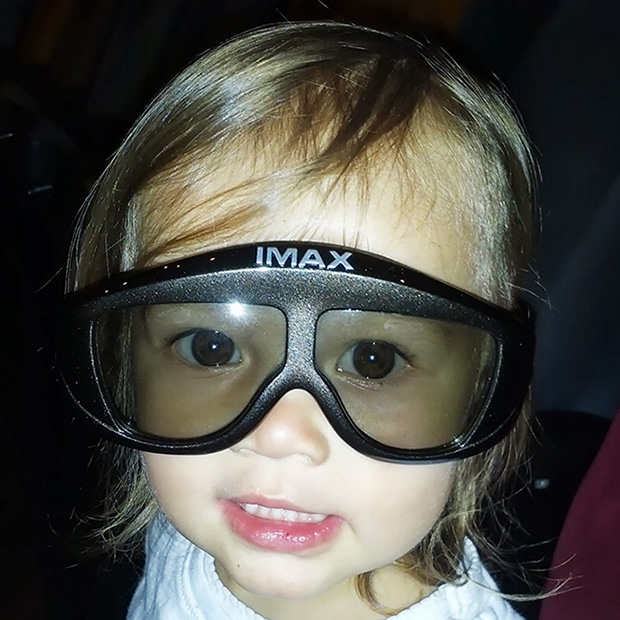 Have you ever wondered how 3D movies work?

Well the answer is different depending on what era of film you’re looking at, but the basic idea is to attempt to trick the eyes into thinking they’re not actually looking at a flat image, and it doesn’t work on everyone!

A Brief History of 3D Film

The oldest technique for simulating three dimensions was using two separate screens with slightly different images on them and looking at them through a stereoscope. The first 3D film was a 1903 French short called “L’Arrive Du Train,” which depicted a train roaring into a station. It was convincing enough that some audience members thought they were about to be run over! The first 3D film to get a worldwide release — and to use the familiar red and blue glasses, officially called anaglyph glasses — was “The Power Of Love” in 1922.

Polarized 3D has gradually replaced anaglyph 3D, which is why the 3D glasses used these days don’t have different colored lenses. They work the same way polarized sunglasses do, by filtering out light coming in from certain directions. The right lens is polarized at a different angle than the left, so a different image gets through each lens. Polarized 3D is superior to anaglyph 3D because it doesn’t make the film look dark and murky, and because it works for people who are colorblind!

But How Do Two Images Look Three-Dimensional?

So far, we’ve talked about all these ways to show one image to one eye, and another to the other eye, but why does this create the illusion of a 3D image? Because it’s the same way our eyes normally see! Try covering one eye, then the other. The image you see of the room you’re in is slightly different in each, because the perspective shifts a few inches from one eye to the other. When you look with both eyes, this difference gives you depth perception, meaning that you can tell how far away things are.

3D film technology works off this same principle. Normally, when we look at a flat image, our eyes can tell that it’s flat. Anagraph or polarized 3D glasses transform that flat image into two separate images, bringing out the depth in the scene as if we were looking through a window. It only works with film designed to be viewed in 3D, though, which is blurry and uncomfortable to look at without the 3D glasses.

Why Doesn’t It work For Everyone?

As cool as 3D film technology is, some people don’t get to enjoy it. For someone whose eyes don’t work together as an effective team, those 3D glasses won’t do anything, except maybe leave them with a headache, dizziness, or nausea! This actually makes 3D film a pretty good way to diagnose stereoblindness, or problems with eye teaming and depth perception.

Schedule An Eye Exam If 3D Doesn’t Work For You!

If you or someone you know has complained about an uncomfortable experience watching 3D films, it’s a good idea to schedule an eye exam to find out if this is the result of an eye problem. We look forward to seeing you again!

The content on this blog is not intended to be a substitute for professional medical advice, diagnosis, or treatment. Always seek the advice of qualified health providers with questions you may have regarding medical conditions.

You can schedule your next eye exam with us online!

Let's continue the conversation over on your social network of choice.